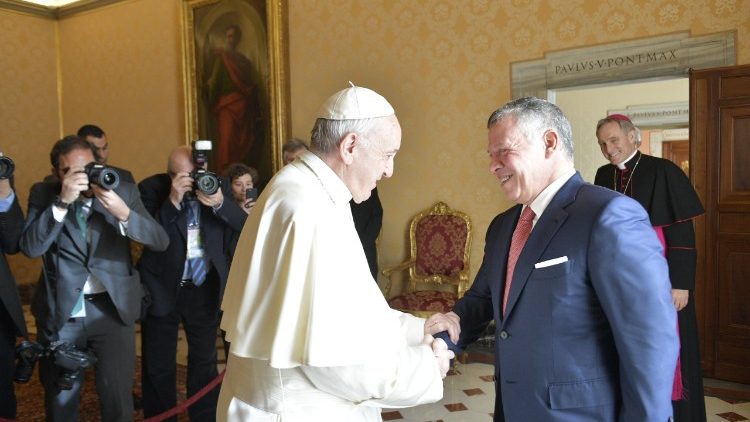 “Zayed Award for Human Fraternity” announces that it has selected the King and Queen of Jordan and Haitian humanitarian organization FOKAL as winners of this year’s edition.

King Abdullah II ibn Al Hussein and Queen Rania Al Abdullah of Jordan, alongside the Haitian Foundation for Knowledge and Liberty (FOKAL), are the three recipients the second edition of the “Zayed Award for Human Fraternity” 2022.

The Award was established in 2019 and is organized by the Higher Committee of Human Fraternity, an independent international committee instituted to fulfil the aspirations of the Document on Human Fraternity signed by Pope Francis and the Grand Iman Sheikh Ahmed el-Tayeb of Al-Azhar in Abu Dhabi of February 2019.

Named after Sheikh Zayed bin Sultan Al Nahyan, the late ruler of Abu Dhabi and founder of the United Arab Emirates, it aims to recognize and honour individuals or organizations with outstanding achievements and contributions to building a more peaceful, harmonious and compassionate world based on the values of human fraternity.

As leader of the Hashemite Kingdom of Jordan King Abdullah II has been recognized for his instrumental role in promoting interfaith dialogue across the Middle East region, addressing divisions among Muslims and fostering harmonious relations between East and West.

Queen Rania has been honoured for her passionate advocacy for refugee rights around the world and consistent efforts to promote tolerance and acceptance through philanthropic initiatives.

FOKAL, a Haitian humanitarian organization founded in 1995, was recognized by the judging committee for playing a vital role in shaping Haiti’s youth and supporting its hard-working communities at the grassroots level. The organization runs a wide range of programmes and initiatives aimed at serving the common good and building a more prosperous and harmonious society in one of the world’s poorest countries.

A model of promoting human fraternity

Cardinal Miguel Ángel Ayuso, President of the Pontifical Council for Interreligious Dialogue of the Holy See and Meeting Chair of the Higher Committee for Human Fraternity commended the judging committee for its nominations stressing that the nominees represent a distinguished model of promoting human fraternity  and spreading coexistence and tolerance.

For his part , Judge Mohamed Abdelsalam, Secretary-General of the Higher Committee of Human Fraternity  noted that the selection by the judging committee of King Abdullah II ibn Al Hussein and Queen Rania Al Abdullah, and the Foundation for Knowledge and Liberty (FOKAL) in Haiti, “comes as a culmination of their tireless efforts in promoting the values advocated for, and contained in, the historic Document on Human Fraternity”

He highlighted that King Abdullah II of Jordan has carried a message of peace and love over successive decades, and has made great efforts in preserving Islamic and Christian holy sites in Jerusalem, and receiving refugees inside the Hashemite Kingdom of Jordan. “He has presented a model of tolerance in the region, and supports dialogue between religions and cultures, creating a link between Eastern and Western cultures”, he said

“Queen Rania is a pioneering role model for Arab women and has contributed greatly to empowering Jordanian girls and ensuring their full rights, in addition to her distinguished activities in serving children and refugees, regardless of race, gender, or religion,” he continued.

Echoing Cardinal Ayuso’s words, Dr Leah Pisar, Chair of Project Aladdin and member of the award’s judging committee, remarked that this year’s winners   “are true champions of tolerance, compassion, and empathy between people of all cultures”.

The winners at the first edition of the Zayed Award in February 2021 were Latifah Ibn Ziaten, a French citizen, founder of Imad Association for Youth and Peace who, after losing her son to an act of terrorism, transformed her sorrow into reaching out to young people, and António Guterres, ninth Secretary General of the United Nations.