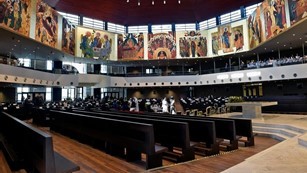 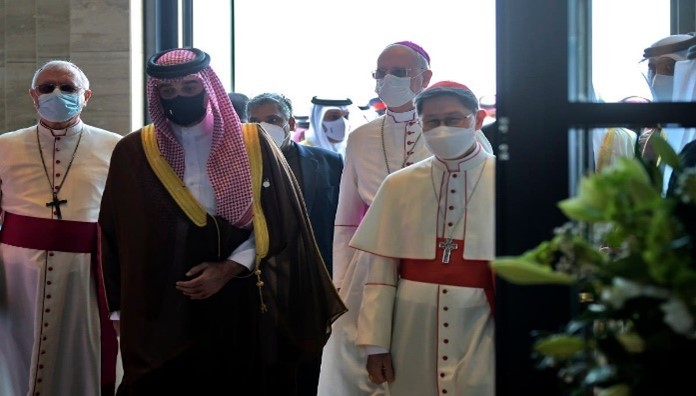 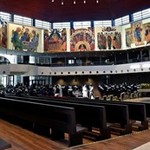 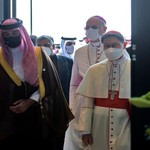 Against the backdrop of mosque minarets and a desert oil field, the biggest Catholic church in the Arabian Peninsula opened its doors in Bahrain on Thursday. The cavernous Cathedral of Our Lady of Arabia, with seats for 2,300 people, will serve the majority-Muslim Gulf country’s small Catholic community.

“We’re happy for this church,” Bahrain-based priest Father Charbel Fayad told AFP. “It will be for the spiritual needs and spiritual health of all the people.”

Cardinal Luis Antonio Tagle (R) and sheikh Abdullah bin Hamad Al-Khalifa (C) arrive at Our Lady Arabia Cathedral ahead of its opening in Awali, south of the Bahraini capital Manama on December 9, 2021. (AFP/Mazen Mahdi) The modern-style church, with two tiers of seating, lies about a mile (1.6 kilometers) from a large mosque and a stone’s throw from an oil well, in the south of the state. The Vatican estimates Bahrain has some 80,000 Catholics, mainly workers from Asia, mostly India and the Philippines. “Christians and non-Christians, all are children of God, and they are all welcome here in this beautiful church,” Father Charbel said.